We have a proud history of supplying drinking water to the Riverina region.

To provide our community with safe, reliable water at the lowest sustainable cost.

We provide quality drinking water to more than 76000 people across 15,000 square kilometres.

To be an industry leader that efficiently supplies high quality drinking water, supported by valued ethical staff & satisfied customers while being a model corporate citizen that has minimal environmental impact.

Riverina Water covers an area of approximately 15,400 square kilometres and contains a population of more than 76,000 people.

The location and development of groundwater sources has been utilised over the last thirty years, and bore water now supplies three quarters of our production. 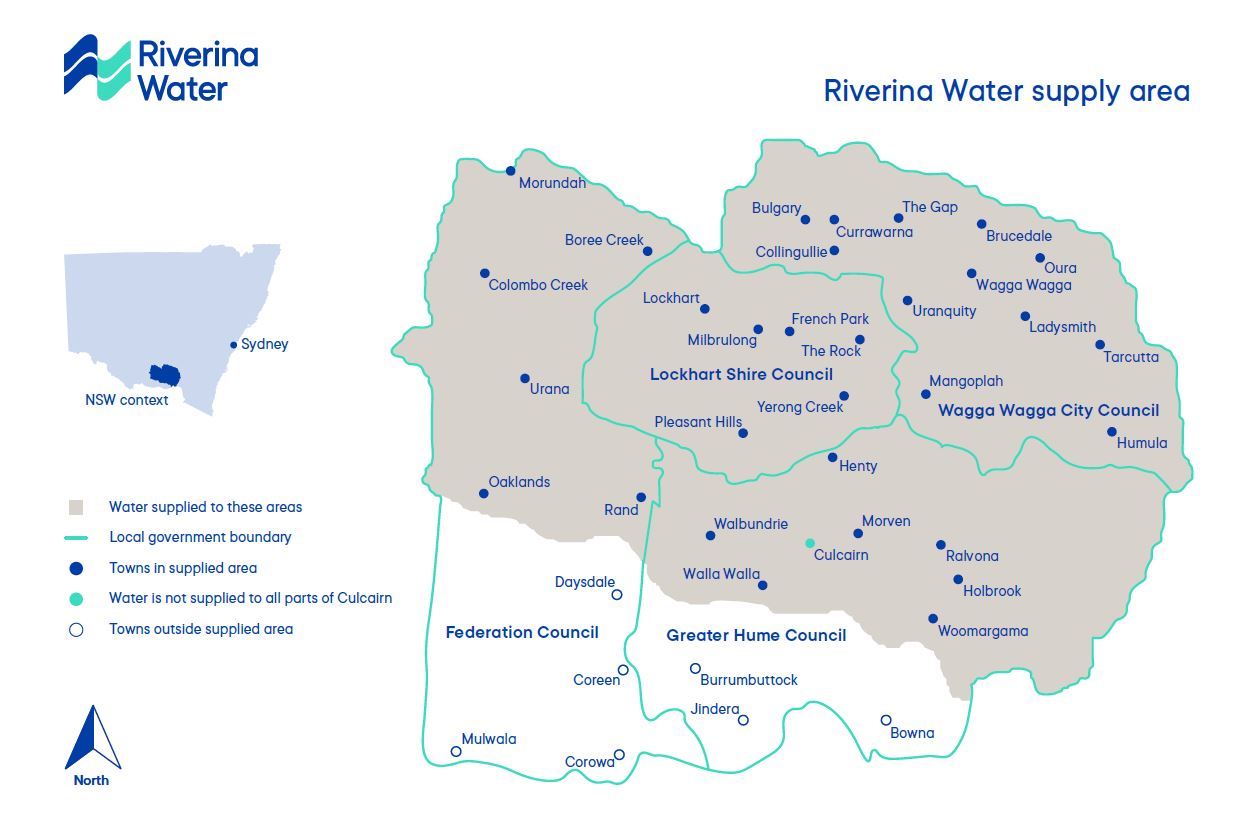 Riverina Water was formed on 2 May 1997, specifically for the purpose of water supply. It operates under the provisions of the Local Government Act 1993.

Our history extends back to 1938 when the Southern Riverina County Council was incorporated to make reticulated water available to towns and villages in the shires of Lockhart, Kyeamba, Mitchell and part of Culcairn Shire.
The remaining part of Culcairn Shire and the shires of Urana and Holbrook was subsequently added, as was the Municipality of Wagga Wagga in 1945. In 1981 Kyeamba and Mitchell Shire areas were included in Wagga Wagga City area.
Water supply infrastructure was established with the Murrumbidgee River at Wagga Wagga the principle water source, and a network of treatment, pumping, storage and pipework installations.
The network has expanded to take in all towns and villages and several rural areas.
From 1942 to 1995 Southern Riverina County Council was also responsible for distribution of electricity in the area. The formation of the large electricity distributor, Great Southern Energy, in 1995 precipitated a review of water supply administration.
The result was to form a new County Council for water supply in the former Southern Riverina area.
Organisation structure Drop us an email at admin@rwcc.nsw.gov.au

We aim to provide great services to all of our customers. If you've had a good or bad experience with us, let us know.